I saw the new Star Trek movie last night.  Summary: Great !
As an admitted avid star trek fan I *have* to see these movies, no questions asked.  But I admit that many of them have left me disappointed.  Nay, almost ALL of them have left me disappointed.
This one, no.  Its great.  Not "mind shattering" great, but "good movie" great.
No spoilers here, but JJ Abrams did a great job.  I was worried because on the Steven Colbert show he admitted he was not originally a Star Trek fan .. *gasp* ... how can you make  a star trek movie without being a fan ? That's like making Life of Jesus movie without being Christian!
But I was happy.  Good action, decent (although not mind blowing) plot.  Overall good characters.  A strange mix of Nostalgia, which surprised me because these were NOT the same actors (except *spoiler alert* one ...) as in any previous star trek movie or show, but they captured the essence of the characters extremely well, even perhaps better then the originals.  How can that be ? I dont know !  But every one of the main characters, including Spock , Kirk, Uhura , Chekhov, Sulo, Scotty and Bones were all just a bit *more real* and *more essential* then the originals.  Really quite amazing and almost brought a tear.
And on the other hand, my 9 year old son who has never seen a star trek show or movie, and who didn't want to go because it was going to be boring and stupid, loved it.   So somehow the show, while it had huge nostalgia points, and lots of subtle hints of the old stuff , didn't rely on them. It worked as a movie on its own.
Great job.  I hope they keep them coming ... it certainly was setup as a start of a "Next Next Generation" of movies.
Posted by Unknown at 1:06 PM 5 comments:

I think its pretty cool, although in some ways no different then a cell modem card for your laptop. The ability to share it is nice, say to local laptops or iphones.
But then my iphone can already get network service via cell at a flat rate I'm already paying. Having to imagine how this is better.
Avoid those stupid $15/day fees at airports ? (and hope your next hub has the same plan ...) ... Avoid the hotels "wifi" service which runs at 28.8k on a good night ?
Be the life of the party at the next geek-night at the restaurant ? 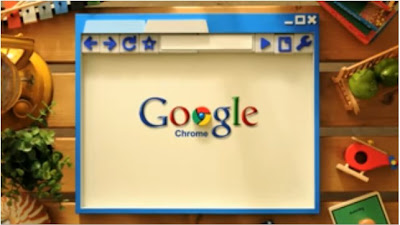 I now use Google Chrome for about 90% of my web browsing.
Its just clean, fast, and works. And FAST. Did I say FAST ?
Typically about 2x faster then IE or Firefox. On some pages 100x faster. yes!
On some sites it just doesn't work ( webex anyone ? wheres Google Toolbar !)
So I have to keep IE along for the ride.

I just saw this
http://techfragments.com/news/745/Software/Google_Chrome_TV_Ads_Running_This_Weekend.html

Google is making an ad for google chrome.
Check it out.
WTF
????

Am I the only one who's stumped ?
What the hell is this add ? Its a bunch of kids blocks knocking around then at the end "install Google chrome". Huh ?

Man. This is worse then those Microsoft ads with Bill Gates and Jerry Seinfeld.
The article mentions that "The non-technical audience may find it hard to understand what Chrome actually is"
Thats the understatement of the world. This ad says NOTHING !!! Whats going on here ?
Am I that stupid or is a megabillion company actually going to show this and think someone is going to understand it. Well maybe thats the point ... to make you wonder WTF google is talking about.
Posted by Unknown at 1:43 PM No comments: